The prospects of the Canadian economy taking an upswing is, to say the least, gloomy. Economists say Canada is headed for a recession and it’s going to hit earlier and harder and last longer than previously forecast. Most economists agree that a recession is inevitable, thanks to the Bank of Canada’s decision to hike interest rates at a fast pace. Doug Porter, the top economist for the Bank of Montreal, said the next recession is due to start early in 2023 and last for a year and a half. Of course capitalism being the unpredictable system that it is, these prophets of gloom and doom could be wrong and how exactly does Mr. Porter know when it will end? One thing is for sure; recession or not, life for the working class in Canada won’t be easy.

Canada’s largest city, Toronto is in a terrible state. Emergency shelters are bursting at the seams, Public Housing is falling apart and the transit system is struggling to maintain its service. All this has been exacerbated by the province’s decision to stop contributing to many of the expenses it used to share with municipal governments. The situation was made worse by the pandemic which caused many workers to work from home so there was less coming in from transit fares. The law does not allow Toronto to run an operating deficit even in times of crisis. So what is the solution within capitalism? We don’t know if there is one, though it’s possible the city may contract out some services, thereby causing redundancies. Yet if anyone were suggest a society without money they would be thought of as nuts.

On October 1 six provinces — Ontario, Saskatchewan, Manitoba, Nova Scotia, New Brunswick, and Newfoundland and Labrador — raised their minimum legal wage. Other provinces have pay hikes scheduled over the coming months to reach the benchmark level of $15 an hour. This comes as the cost of living soars, with Canada’s annual inflation rate reaching a 40 year high in recent months. The problem is its too-little-too-late. For years reformers have fought for this hike and now they’ve got it, it’s just not enough. According to Bea Bruske, president of the Canadian Labour Congress, ‘it really needs to be $20 an hour or more when we look at inflation and the cost of food and housing.’ In other words, no matter how hard unions and reformers try, due to the effects of capitalism all their best efforts don’t add up to much.

So this was the deal concerning affordable daycare. In the first year of the federal government’s five-year agreement, parents had been promised a 25% rebate on fees, retroactive to April 1, followed by a 50% cut by the end of this year, with fees reduced to an average of $10 a day by 2026. Sounds simple doesn’t it? But you know what? It’s not so simple, because we live under capitalism and its bedrock economic law – the pursuit of profit — will screw anything up. Ontario Premier Doug Ford has removed limits on profit making by day-care owners who receive federal funding. Private day care owners have said that removing red tape and restrictions on profit making are essential if they are going to remain in business. At present there is a stand-off between Ottawa and Ontario, as thousands of Ontario families wait for promised fee reductions. Another crazy situation caused by the effects of crapitalism.

Stats-Canada’s latest report, issued on October 3, informs us that economic pressures pushed households to lose wealth as asset values declined amid the turmoil in the financial and housing markets, while interests rates and inflation increased. The average household net worth in the second quarter of 2022 was $940,560, down $65,400 from the first quarter. The debt-to-asset ratio increased for all age groups. The ratio measures the net worth by subtracting debts from someone’s assets. If debt increases and asset worth declines, then obviously net worth takes a hit and equally obviously it’s the working class who get hit the hardest. The least wealthy saw their average net worth drop by 12% from the first to second quarter, more than double the rate of the wealthier households. Should we be surprised?

Recent months have seen one heck of a stink concerning Hockey Canada. Earlier this year, a victim of sexual assault filed a $3.55 million lawsuit against it, which was settled out of court for an undisclosed sum. It has since come to light that a multimillion dollar fund was used to settle the lawsuit stemming from a 2018 sexual assault involving eight members of the junior national hockey team. Hockey Canada conducted an investigation but was unable to determine which players were involved. Various MPs are angry about the way the sporting bodies have handled the matter, particularly Liberal Hedy Fry, who complained about a ‘sweep-it-under-the-rug culture at Hockey Canada.’ Since then it has been revealed the fund was used to settle nine sex abuse claims against Hockey Canada going back to 1989. At the time of writing the federal government is conducting a review headed by Supreme Court Judge Thomas Cromwell and has frozen its funding to Hockey Canada, as have some private sponsors. In a socialist society mental health will have improved to such an extent that sexual violence will rarely occur and when it does both victim and perpetrator will receive the help they require. There will be no need to sweep it under a rug.

In British Columbia the capitalist class is chopping down ancient cedars, many worth more than $20,000, at an alarming rate. More than 20,000 hectares of Haida forests are cut down each year, according to the University of British Columbia. This is screwing up the Haida Gwaii tribe something rotten, because they now have to drive hours to find old-growth cedars healthy enough to harvest for totem poles, canoes, boxes, masks, and weaving. Aerial photos show hectares of stumps scarring the landscape. Deforestation is getting close to watersheds that spawn salmon. Stocks of the fish, the main source of food for the Haida, are vanishing. As one Haida said: ‘The devastation of our land intensifies the trauma of our people.’ The capitalist class have shown scant regard for aboriginals anywhere if it stops them making a profit. If trees are worth $20,000, they ain’t gonna stop now.

Prime Minister Justin Trudeau announced on October 7 that his government would permanently ban leaders of Iran’s theocratic regime and its Islamic Revolutionary Guard Corps for human rights abuses. All this is in the wake of their murder of a young woman for wearing her headgear wrong. He also announced new economic and immigration sanctions. Deputy PM Chrystia Freedland said: ‘The Iranian regime is a state sponsor of terrorism. It is repressive, theocratic and misogynist.’ You could’ve fooled me, gal! It’s true that many political supporters of capitalism sincerely care about human rights, but let’s not kid ourselves: the capitalist class as a whole don’t give a rat’s behind about them. They would like the working class kept in its place, exploited without any means of protest. They know it won’t work like that, they have to give a little to keep a lot and what civil-rights the working class have anywhere are the fruit of tenacious struggle. There is only one solution — a society where such rights are a given.

New Democratic Party leader Jagmeet Singh said he has a plan to take on the new Progressive Conservative leader Pierre Poilievre at the next federal election. If he became PM, Singh promises to appoint a task force that would boost workers’ pay by cutting taxes and clawbacks on each extra dollar people earn, position Canada as the best place to invest, hire and make stuff, help the working poor and middle class by cracking down on tax dodging and evasion and simplifying Canada’s tax system; which is a lot of promises for a single sentence. All this is in response to all the great things Poilievre said he would do for the working class. The funniest thing in all this nonsense is the comment made by NDP national director Anne McGrath: ‘’It’s going to be an amazing contrast, like this really, really important contrast between the two.’ How could it be a contrast if they both want to administrate capitalism?

The number of people who need better housing in Metro Vancouver has increased by more than 20,000 over the past decade, according to a census conducted by the Simon Fraser University’s city program. The term Core Housing Need refers to people who live in homes that stretch their budgets, are inadequate or unsuitable for them. Ten years back Metro Vancouver had 145,000 living in such conditions. Now the number has swollen to 166,000. This does not include the homeless. The program’s director, Andy Yan, said: ’The Vancouver region has not built enough housing for certain income brackets and in part I blame the speculators’ lust for profits.’

On October 21 Trudeau and several members of his cabinet traveled across Canada to mark the new legislation to freeze the sale of handguns. This is the government’s latest effort to restrict the sale of firearms. The freeze is part of bill C-21, now making its way through Parliament, which would make it harder to buy any kind of gun at all. The bill changes maximum penalties for some gun crimes and also creates new crimes. One must wonder what good it will do considering that last year 85% of the handguns the police captured that were used in crime in Canada were made in the US. In a masterpiece of understatement, Public Safety Minister Marco Mendicino said: ‘C-21 is only part of the solution to the problem of gun violence in Canada.’ There is only one solution, buddy, and it won’t be found within capitalism.

The Ontario elections of October 24 yielded few surprises. John Tory was re-elected in Toronto and Bonnie Crombie in Mississauga. Ex-NDP leader Andrea Horwath was elected Mayor in Hamilton, though the vote was close. The only slight surprise was Patrick Browns win in Brampton, considering the scandal and controversy that followed him until election night. What was not surprising is the low voter turnout, which overall was 43.5%. The general feeling is of mistrust and contempt for politicians. This may be a step in the right direction, but there’s a long way to go before the working class realize that the fault lies not with the politicians but with the crazy unworkable system they are attempting to run.

Food for Thought From Canada
C 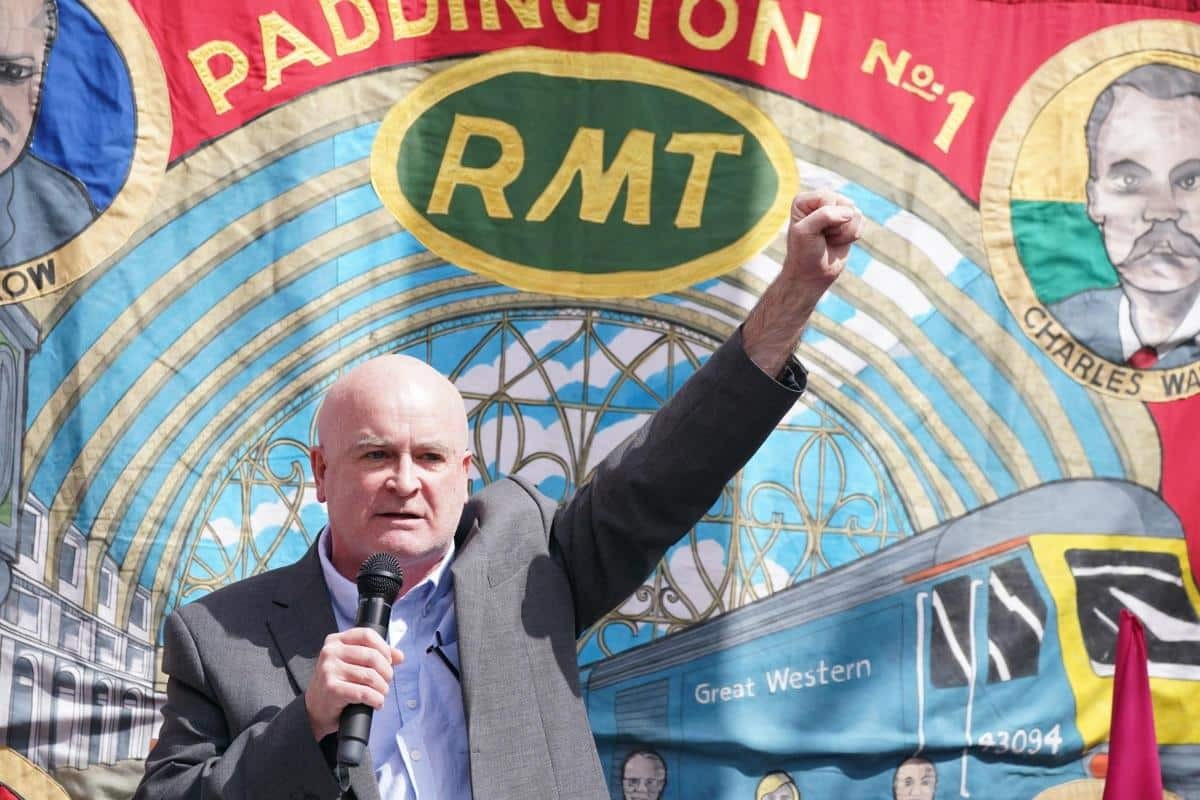 But What About the Wage-Price Spiral?
N 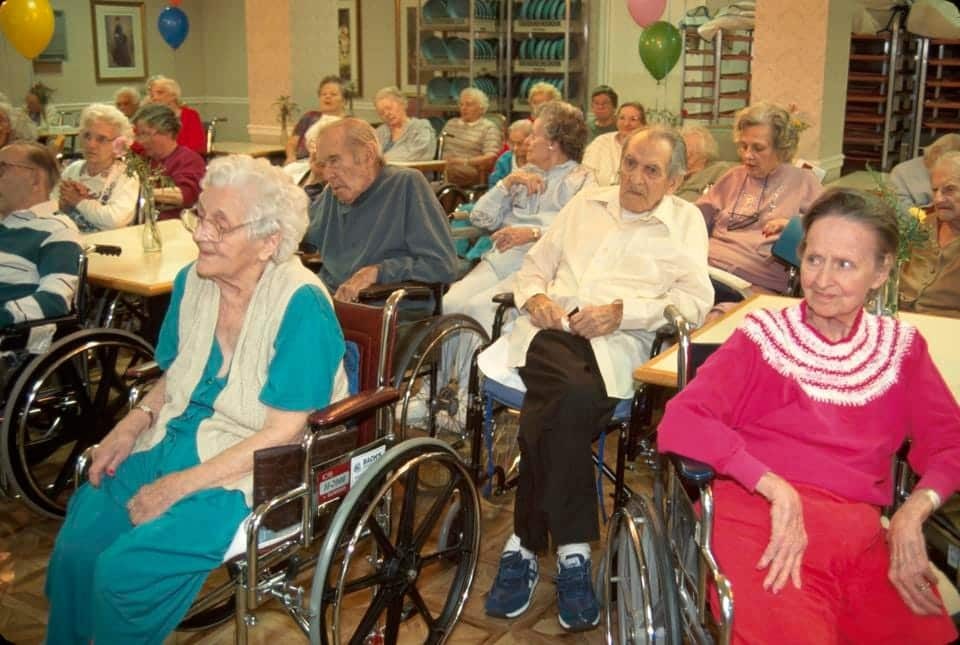